Whether you are already an actor in Japan, or you are considering taking a step to become one, this event aims to de-mystify the casting process through a discussion and Q&A session with casting directors, producers and actors active in the Japanese industry, and who specialise in the casting of English-speaking talent for both domestic and foreign productions shooting in Japan.

(The event will be conducted in English!)

Format of the Event

Attendees will join us via Zoom. Interviews with the guests will be followed by a question and answer session. You can submit questions in advance (see below), and there will also be the opportunity to ask the guests during the session.

12:15 Interview: Actor Yuki Matsuzaki (Letters from Iwo Jima, Pirates of the Caribbean etc)
Topics to include:

After you purchase your place on the event you will be sent a questionnaire. On this, you will have the opportunity to ask questions in advance. This will allow us to prepare to cover areas of specific interest, so do apply early to be sure we see your questions!

Everyone who attends will be listed on KAIJU Inc and FILMSTA’s lists of English speaking actors (you can choose to opt-out from this).

On the Sunday morning you will receive the link to the Zoom meeting. See you there! 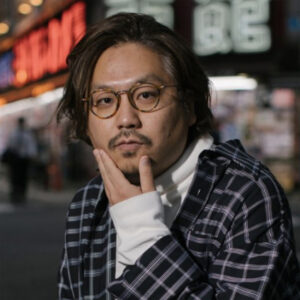 Born and raised in Tokyo, Japan. As a teenager, he discovered Acting while he was studying fine arts and music. He took a world journey to broaden his horizons upon completion of Acting School in Japan. He was also trained “Acting for Film and Television” at the Vancouver Film School in Canada and “Filmmaking” at the New York Film Academy, Universal Studios in US. He is currently living in Japan, working as a FILMSTA （ACTOR / MODEL / CASTING / PRODUCER） in all over the world.