Write a complete feature script over five weeks with both in-class and e-mail support.

This class is designed for people who need not have actually written a feature script before but feel like they know the basics of such things as the three-act structure, character arcs, and subtext in dialogue. To start the class, you must come ready with a solid sense of an idea you want to write.

The class is particularly sensitive to the needs of those for whom English is a second language. Although native speakers are welcome and the class introduces a lot of jargon, it will be taught at a general-vocabulary level appropriate for all learners of English.

Instead of teaching you the basics of how to write, this class will hold your hand through the process of actually writing a first draft. There is no guarantee that you will finish your script, but if you can commit to putting in two hours a day of homework in addition to the two-and-a-half hours of class time once a week, the instructor will do everything in his power to help you get over that finish line.

How does it work?

In class each week, we will read ten pages each from up to three different student-volunteers (from wherever they’re up to in the writing process), with the other members of the class acting out roles from that person’s script. After reading the sample, we will collectively give the writer feedback in class.

The spectre of presenting work in front of one’s classmates is designed to be the kind of peer pressure needed to keep you writing. For those who miss the chance to read in class a given week, the instructor will provide detailed notes on the pages sent to him electronically.

In this first, introductory class, you will outline your feature script with the help of the instructor. Using index cards for brief summaries of the beats of your idea, you will lay out the scene sequences of your entire story so that you are ready for the first week’s homework: writing the twenty-to-thirty pages of the first act.

In this class, we will look at samples of the first acts of three students’ scripts. We will focus on identifying such things as the inciting incident, main character, refusal of the call, inner need, and first turning point. The homework will then be to write the first half of the second act.

You have established your characters, their needs and goals. Now is time for what screenwriting guru, Blake Synder calls “Fun and Games” or “The Promise of the Premise”—the trailer moments that are the core of the film’s concept. We will examine samples of the first halves of your second acts and look for the B-story and mid-point, including any incipient arc growth present there. The homework will be to finish that second act.

Here we will look at the rising stakes and complications that build toward the second turning point, when all hope looks lost. The second act is often the hardest part for screenwriters, and so this class will be about getting your characters over that hump and into the excitement of the big finale. For this, the penultimate class’s homework, you are to finish your script by writing its third and final act.

The third act is where you bring everything together and pay-off all that you’ve set up, possibly including any twists. If you have a character arc, this is where the character grows—or tragically fails to. Most importantly, we will be focusing on the climax, where the film achieves either a happy, sad, or mixed ending. As ongoing e-mail support for this class, the instructor will read and give detailed feedback on anything students were unable to complete within the five weeks of the class. 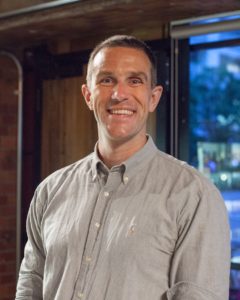 Matthew Allen is an award-winning Australian screenwriter who has written and rewritten scripts for, and optioned scripts to, the producers of such films as The Boondock Saints (Willem Dafoe), The Bucket List (Jack Nicholson, Morgan Freeman), and Grudge Match (Sylvester Stallone, Robert De Niro). Allen studied screenwriting under such luminaries as UCLA’s Richard Walter and Academy-Award-winning screenwriter, Leonard Schrader. In addition, he has worked in both development and production, interning for such power-players as Jon Landau (Titanic, Avatar). Having seen the business from the inside and out, Allen knows what both Hollywood readers (one of which he has been) and screenwriting competitions (several of which he has placed in) are looking for. Allen has lived in Japan for years and speaks with an easy-to-understand, American accent. Find out more about Matthew Allen.