Join New York City’s Jim O’Connor for a weekend workshop as he introduces method acting and sense memory as developed by Lee Strasberg. Learn the basic technique used to privately unlock your treasure chest of emotions and meet the demands of the play. Comfortable clothing and an open, honest willingness is all you need.

Jim studied privately with Gary Swanson, a first generation pupil of Lee Strasberg and lifetime member of The Actor’s Studio.

Sense memory, the backbone of method acting, allows the actor to meet the emotional demands of the character and illuminate the play. Living truthfully under imaginary circumstances requires a profound understanding of oneself, courageous discipline and a training of the senses. Only in this way can we bring real life to the stage when imagination alone is insufficient.

Method acting training develops the tools needed to privately access the actor’s reservoir of emotions thus clearing a path for transformative expression and dissolution of self consciousness. 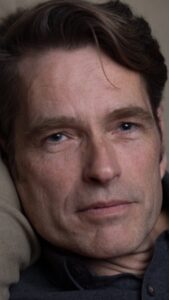