Completing “Making the Short Film” first is not required but highly recommended to make sure you have basic skills and knowledge of what goes on on a short film set.

You’ve taken the first steps, now it’s time to take these skills to the next level!

In the first two months you will come together in groups and create your very own story and script this time. You’ll develop an idea from core premise to shooting script, film it together as a team and edit under the tutor’s guidance. While each student focuses on one specific role on set, all major creative decisions will be the result of a guided teamwork process that allows each student to bring in their ideas.

In the second half, each student goes on to create their very own short film more freely utilizing their newly gained skills, while still receiving coaching and guidance as well as the help and support of their classmates.

This class, rather than being “lecture based”, takes a “coaching based” approach aimed at helping each student to “level up” their skillset from their very own unique starting point. A high level of commitment and curiosity is required to get the most out of this very hands on, action based experience! Don’t be afraid to ask questions and take some risks in your creative work!

You will be FILMING and EDITING your projects (group & individual) on your own time outside of class. For editing the ELFS office can be used during the free consultation time with the tutor.

From many ideas to one short film concept!
Creative, guided group work to determine the premise of your short film and who will take on which role on set.
Homework: Write the first draft of your script based on the idea found in class

A first introduction to the equipment that you’ll be using and a check in on the status of your script. What are the next steps from here? Who are your actors? Where will you be filming?
Homework: Prepare for your individual role on set, find location and actors

Class 3 – Preproduction in a nutshell

It’s time to get ready to shoot! Finalise your schedule, plan and double check that everyone is on the same page.
Homework: Shoot your film! (you’ve got two weeks for this)

Class 4 – What could possibly go wrong?

Depending on if you’ve already finished shooting: Recap or anticipate all possible mistakes that you’ll avoid the next time around and come up with an action plan on how to learn your lesson!
Homework: Shoot your film! (if you haven’t already done so)

Using your own footage you’ll learn the basics of video editing (we will be using Adobe Premiere, but these basic skills are easily transferrable to all common video editing programs)
Homework: Edit your film!

Summarise your own insights, receive feedback on the film and on your individual progress during the class.

Time to get down to business. Pitch your concept to your classmates, receive feedback and questions, refine the premise and make sure it’s as solid as can be
Homework: Write your first draft

Present your first draft, give and receive feedback and polish your draft. Learn about casting, what audition techniques work and what common mistakes to avoid when selecting cast & crew.
Homework: Refine your script, find your cast and make a plan for the shoot

What do you have? What do you need? Who do you need to ask for help? What help can you offer? Where can you find resources that you lack to complete your project? Are there compromises you need to make?
Homework: Shoot!

Class 10 – “We’ll fix it in post” – famous last words and how to prevent needing to use them.

Explore further what can and can’t be achieved with good editing.
Depending on students’ needs and preferences this class will either be taught online with a focus on hands on editing or in the classroom for more workshop and coaching opportunities.

(3 week break to finish shooting and edit your films)

Present your finished film (or work in progress), summarise what you learned and receive feedback on your work throughout the entire class.

For each short film project (group projects during the first half, individual during second half) the following kit is available for student’s use (one day for group, max two days per individual film):

* the equipment introduced is the equipment available to use on the short films
** During consultation time you can come in to discuss your ideas, ask any questions, read over your draft, practise using the equipment… 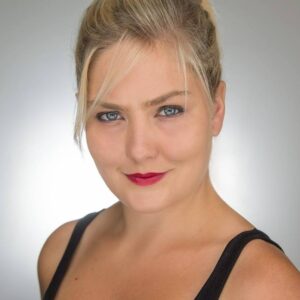